Cinnamon Roll Cheesecake has a crust made out of refrigerated cinnamon rolls, a super creamy cheesecake filling flavored with a brown sugar/cinnamon mixture, and on top is a layer of cream cheese glaze, and a brown sugar and cinnamon drizzle. That’s a lot isn’t it? 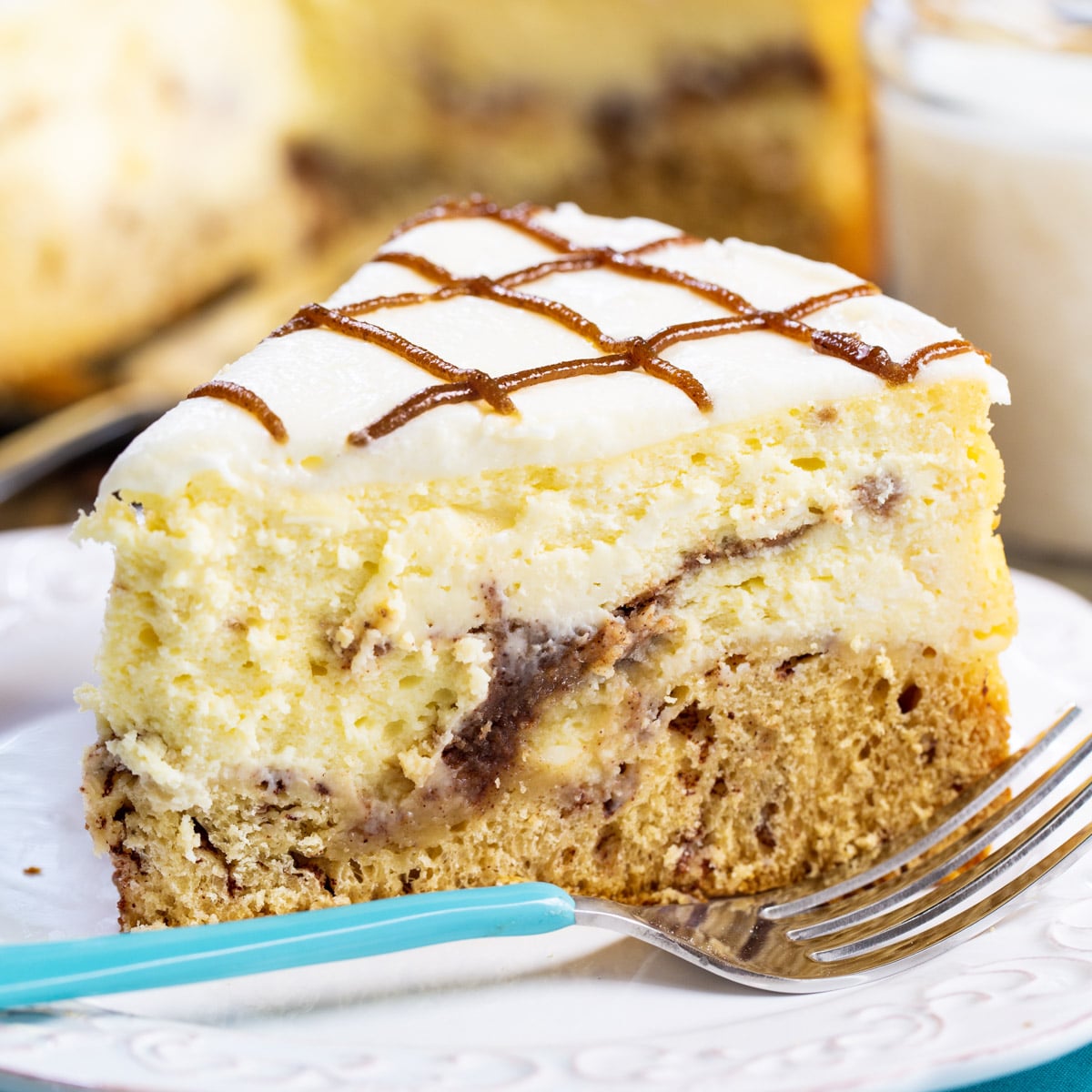 It’s totally delicious and one of the more interesting cheesecakes I’ve tasted.

I saw a Cinnamon Roll Cheesecake Recipe in a recent Woman’s World Magazine, and after making it, I decided to change it up a bit. I added a brown sugar, butter, and cinnamon mixture to the cheesecake filling. I did this by pouring half the filling in, scattering the brown sugar mixture on top and then covering it with the remaining filling. It gave just the right amount of cinnamon flavor to the filling.

I also had to cut back on the filling. The first time I made it, it totally overflowed my Springform Pan.

The second time I reduced the filling amount slightly and it rose to the tippy top of the pan. It was a little higher around the edges so once I let it cool, I took a serrated knife and evened off the top. Since the top gets covered in glaze, no one was the wiser! 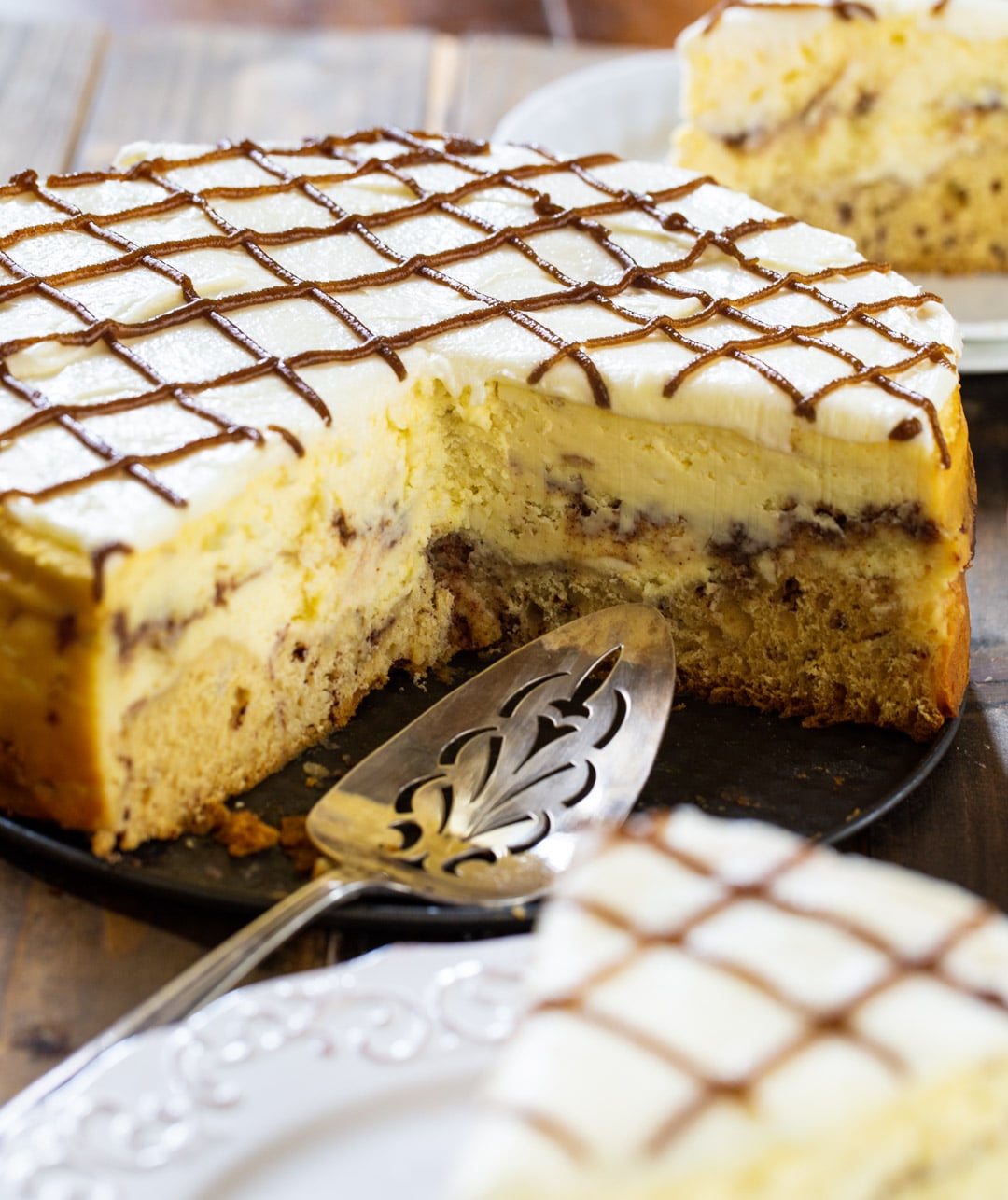 There are quite a few steps to this cheesecake. You have to arrange the cinnamon rolls for the crust, make the cheesecake filling, the brown sugar/cinnamon mixture, the cream cheese glaze, and the cinnamon sugar drizzle. But the effort and time is so worth it. If you’re looking for a dessert that is going to be a conversation starter, this is it.

Plus it serves quite a few people and will last several days in your refrigerator.

Note: The cinnamon rolls tend to dry out with time so it won’t keep as long as a normal cheesecake would.

You want to push down some on the cinnamon rolls and flatten them some so you can cover the bottom of the pan without using too many rolls. They expand quite a bit and may cause your cheesecake to overflow if you pack too many in there. You could lay them flat but I like the texture that cutting them in half and standing them upright gives the cheesecake. 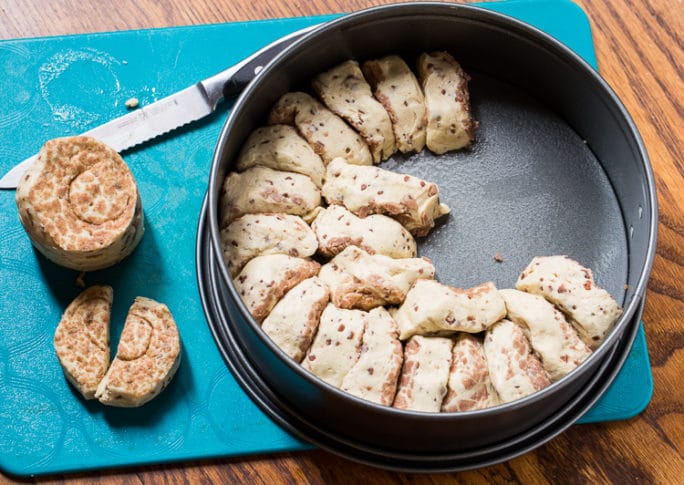 Don’t forget to drizzle the glaze that comes with the refrigerated cinnamon rolls on top of the rolls before adding the filling. I did that the first time and the crust really needed some sweetness. 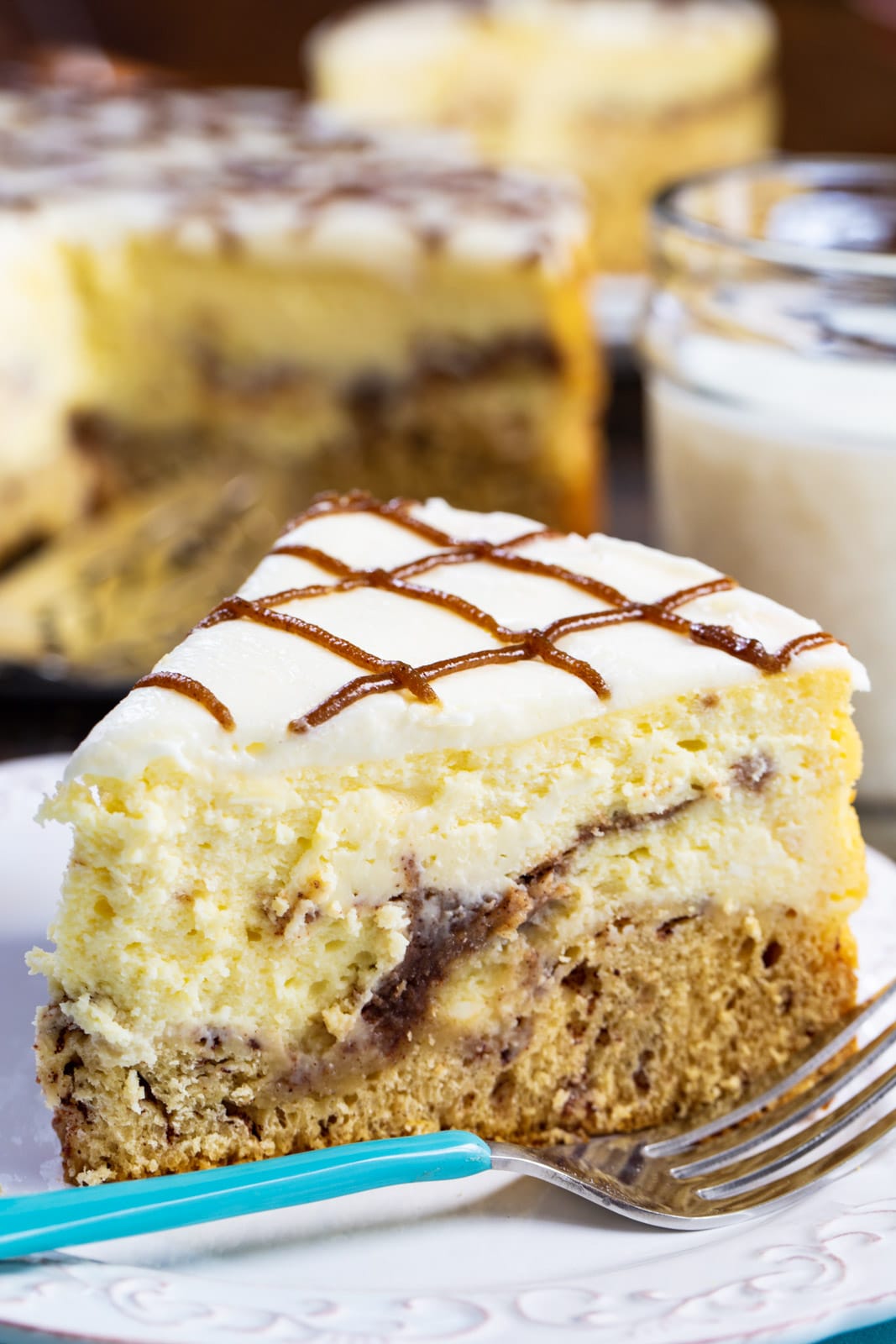 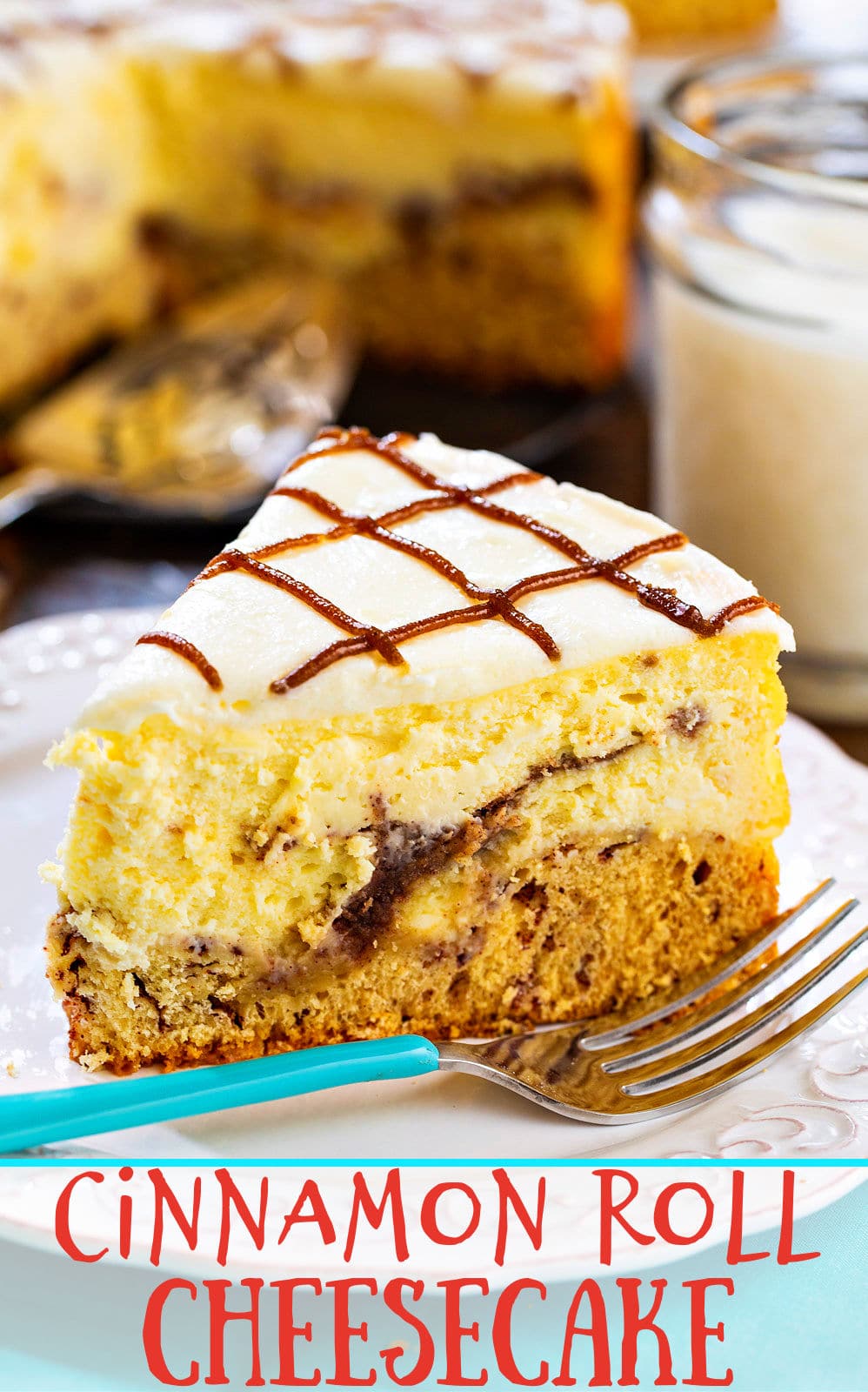 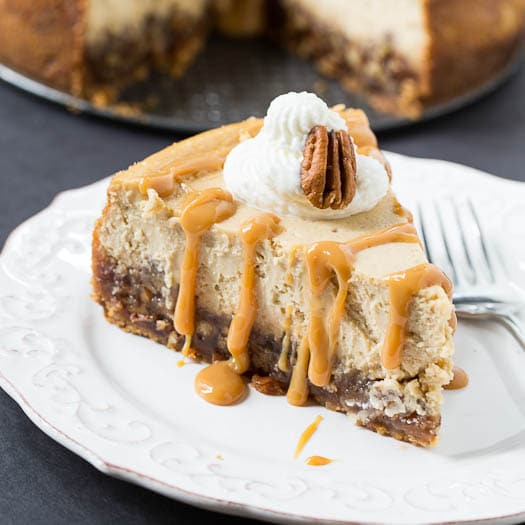