[FTC Standard Disclosure] We received the BBQ UltraQ free of charge last year to review. I also use Amazon Affiliate links for products that I use and I receive a small commission for those. We received no other compensation for this post.

We smoked a pair of briskets and pork butts on the gravity-fed Deep South Smokers during the 4th of July weekend.

I have to be honest and admit that this is the least-good brisket I've made in two years. When I say least-good, it was still edible and better than most I've had at restaurants; it just wouldn't place in the top half at a BBQ competition. It was a little tight (not tough), not as juicy, and a bit underwhelming in flavor.

So why am I posting about it? Because sometimes, there is more to learn in failures than successes. The lesson I reiterated or confirmed this past weekend is this:  When making changes to your brisket (or pork, chicken, ribs) program, change only one thing at a time. I changed way too many variables to get meaningful data.

The pork? Oh, it was fantastic, up to my usual standards - juicy, tender but not mushy, and flavorful.

I used the Deep South Smokers GC36, which is a gravity-fed smoker. I love this cooker for its size, even cooking temperatures, and moist cooking environment. It is called gravity-fed because the charcoal is in a narrow stack in a chute on the right, and it is self-fueling as the coal burns at the bottom of the chute.

I often get questions about this gravity-fed smoker and how it works, so I videoed a "nickel tour" of the Deep South Smokers GC36.

Since this isn't a recipe post, I think the easiest way to lay out the cook is to show it in timeline form.

The pork turned out as good as always - tender, juicy, smoky, and flavorful. 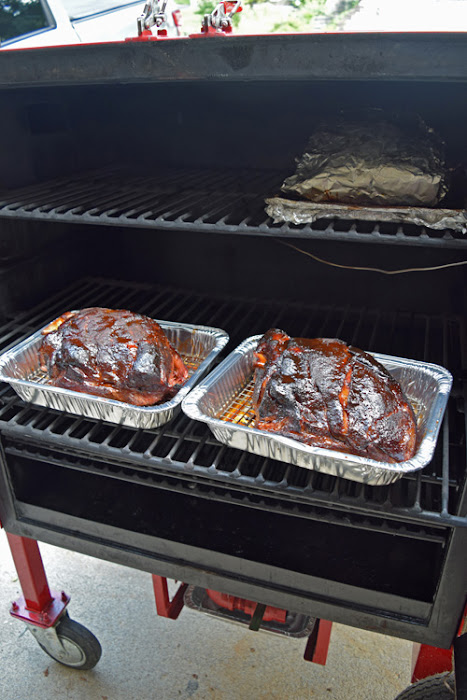 I knew these butts were going to be good when I went to take them out of the smoker because they had that tell-tale wiggle.

The briskets were fine. They just weren't my usual "Oh my gosh, these are so good!" 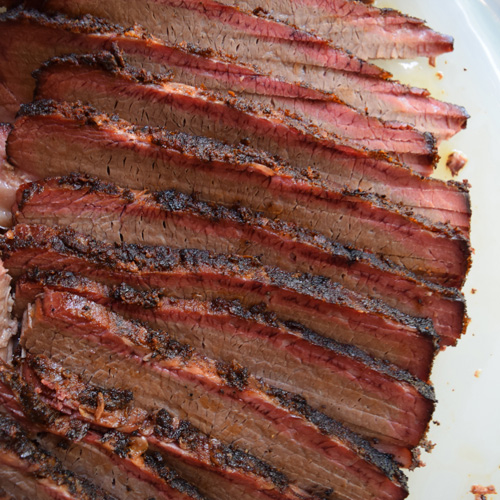 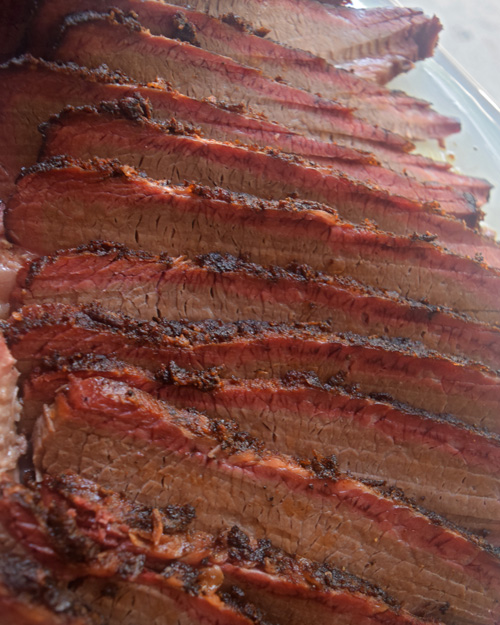 Despite my whining about the brisket (haha), this was a fantastic meal. A few slices of lean flat and a nice "chonk" of the luscious point. But the point stands, when making changes to your BBQ processes, change just one or two variables at a time.
Share Share on Facebook Tweet Tweet on Twitter Pin it Pin on Pinterest
← Back to News