I've just commented on someone's blog about my 122 year old roof bearing up through it all and hoping there's a few years left in it yet!

INEXPLICABLY I am just about to hit publish and then go and clean the bathroom AND THEN walk Madam B. It is chucking it down, a little bit sleety too, she will be filthy. We will both need a shower!

The HG fell off the top of his ladder on Wednesday and hurt his knee, hands and shin. It's very swollen and painful but he's ok and it could have been so so so much worse. He is having a day of rest today after he has pottered about a bit and pushed my new dishwasher into it's hole. Our old one was nearly 20! It had been repaired a couple of times, but the plastic was getting so brittle that I swore badly every time I loaded it - because the cutlery would fall through! It also would only wash on a feeble wash. I Know, these are First World Problems.

The new one is silver, very energy efficient and the cutlery tray slides out flat at the top rather than be a rack on the bottom. The top rack also can be raised or lowered to accommodate different height things. I will leave all of that to the butler! Also the novelty of it means that I will not have to load it for weeks because the HG will be in his element! ( Also I will have to NOT LOOK because he loads it WRONG )

I hope everyone inspired to make  the Campfire Stew enjoys it. Mine is based on the Pinch of Nom but adapted to whatever I have in. I always always soak my ham overnight too. The other thing is that sometimes I lift the gammon out at the end to shred before popping it back in - especially if it's been tied. This time Id taken the string off before cooking it and it was in big pieces in the slow cooker where Id sliced into it to remove as much fat as I could. I use slow cooker liners too which could get split during the shredding so there's that to consider. The MAIN reason I use the liners - and I do always wash them and use them more than once is that I found in my old slow cooker which is identical to what I have now, is that all the foods tasted a little samey even though there were lots of different meals cooked in there! Also they are really good for slow cooking two different meals at once!

It is now snowing heavily but as it has been raining it's not sticking. I think I will get Bluebell's coat on her too!

Can't believe it's been 10 years since I was on the Uni trail with Miss 27 even though the maths adds up hahaha. 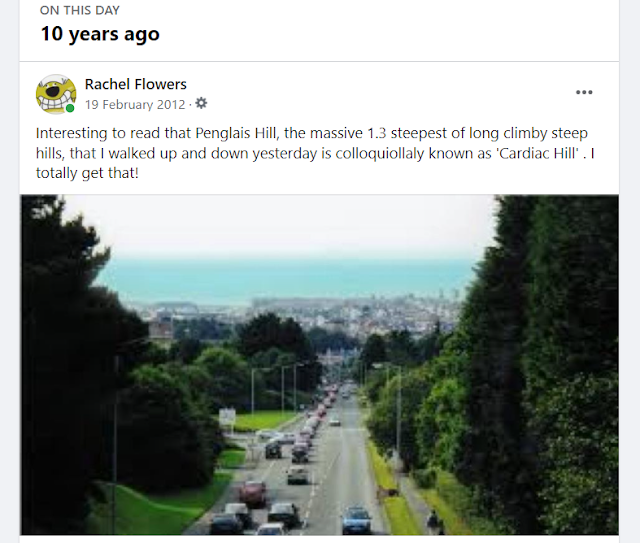 Right putting off getting dressed etc! But am going to get sorted as it's 11am already! Looking forward to my tea - Campfire Stew hahaha I bloody love it!

Lots of love from